The type of smartphone model affects the quality of mobile network experience that users receive. Newer models, and those with higher user equipment LTE Category support more of the mobile carriers’ network features enabling higher possible speeds. For this reason, smartphone makers create cheaper models with less capable modems and chipsets. Additionally, older smartphone models continue to be used by consumers, often these are less capable simply because the technology was not advanced at the time of their release. This leads to a wide variety of smartphone models in use.

Not everyone owns, or can afford to own, a premium smartphone with prices of the latest top models now well over $1000. Cheaper smartphone models typically have less capable modems and chipsets.

When Opensignal examined each different smartphone tier we found the position and relative strength of handset makers varied in each tier:

Unlike in our U.S. analysis, where just two Apple iPhone models made the top 50 on 4G Download Speed, in Germany four iPhone models featured in the top 50 list. With litigation over modem supply now behind them, Apple will hope to improve their users’ download mobile network experience with future iPhone models.

Apple is not the only well-known brand to have a limited presence. Users of the former market leader, Nokia-brand smartphones represented just 2% of the top 50 models, as did smartphone market leader HTC, also with just one model in the list.

Across the board, Opensignal’s analysis of the top 50 German smartphone models by network experience has confirmed that users with high-end, premium smartphones experience much faster download speeds than those with low or mid-tier phones. Fifty percent of users owned models with high-tier capabilities, and 48% had mid-tier, which mostly represented premium smartphones released in previous years with capabilities at the very top of the mid-tier category. Only one model featured from the low-tier category, 2014’s Samsung Galaxy Note 4 because the Samsung Exynos chipset-powered European version featured a slower Category 4 design compared with the equivalent Qualcomm-powered US version of the Note 4 which offered Category 6 capability. 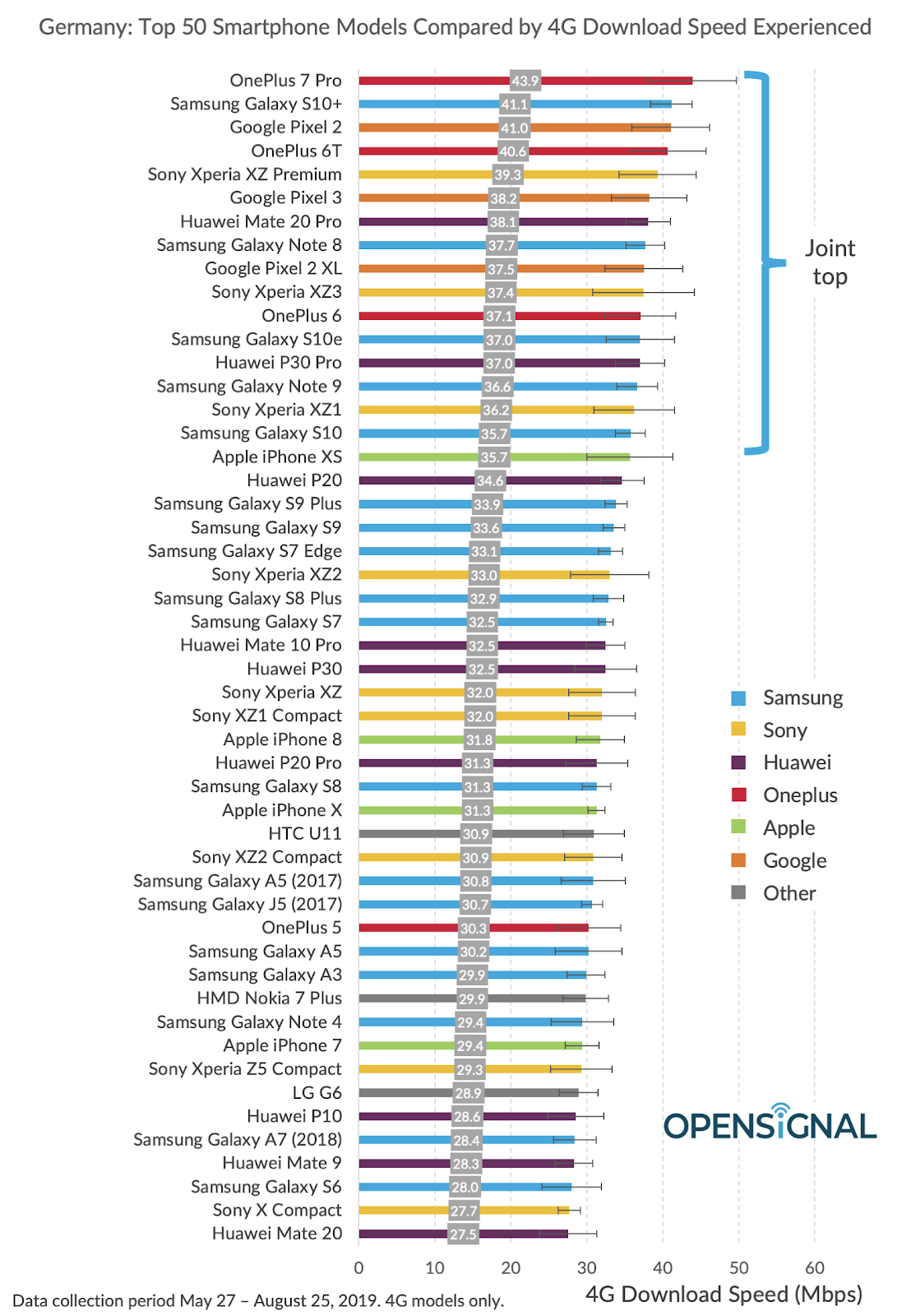